At the end of the Real Estate Congress hold on 9th of November 2015 there were announced the results of the "Czech Real Estate Award 2015' and the company SATPO won the award for the residential project SACRE COEUR 2 as of  the  Prize of the Public Award at the Prague 5 region. Thank you very much!

At the end of the Real Estate Congress hold on 3rd of November 2014 there were announced the results of the "Czech Real Estate Award 2014' and the company SATPO won two awards for the residential project SACRE COEUR 2 as of  he  Prize of the Professional Jury and the Public Award at the Prague 5 region. 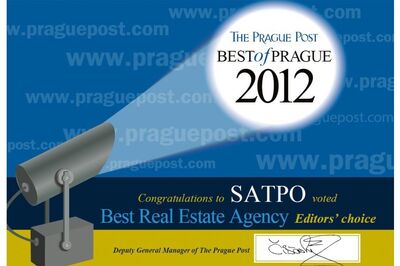 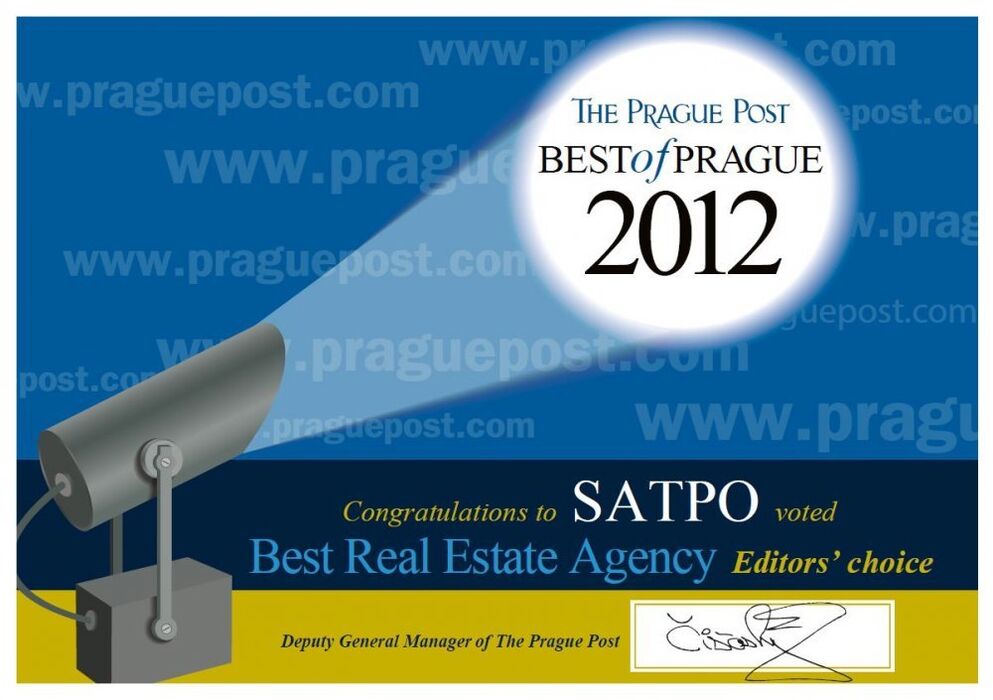 Every year THE PRAGUE POST readers and editorial staff choose the best that the capital city has to offer in various spheres. SATPO was declared “THE BEST REAL ESTATE AGENCY“ of the year 2012.

The results of the “Real Estate Award of the Year 2012” („Realitní projekt roku 2012“) contest were declared at the Realty Congress 2012 (Realitní kongres 2012) on 1 November 2012. The company SATPO was awarded the ARCHITECTS´ PRIZE of the Prague 5 Region (CENA ARCHITEKTŮ regionu Praha 5) by the professional jury for its development project of the SACRE COEUR Residence (Rezidence SACRE COEUR).

The company SATPO was awarded the first place for the project of the Švédská Residence in the prestigious contest “Best of Realty 2011”, held under the auspices of Asociace pro rozvoj trhu nemovitostí (ARTN, Association for the Development of the Property Market), consisting of the prominent personalities of the Czech developers´ pool. The professional jury chose from 23 candidates in this contest, such as Finep or Trigema developers. The official declaration of the winner and the award ceremony took place on Wednesday 9 November 2011. In another presentation of the best Czech developer projects, organized by Realitní kongres (Realty Congress) in cooperation with Realitní almanach (Realty Almanac), the jury introduced the winning project – the Švédská Residence – to the public and this project was awarded the title “Realty Project of the Year 2011”.

Owing to the above, the Švédská Residence obtained twice the first place in 2011 and it undoubtedly belongs to the projects contributing to the enhancement of the Czech property market standard.

The Carlsbad-located project of the KRÁLOVSKÁ VYHLÍDKA Residence was nominated in the category of residential projects in the prestigious contest „Best of Realty 2010“ and it obtained the Award of Media Partners Readers.